Dependency of spatial resolution of sound field mapping on frequency 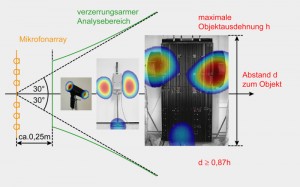 Interrelationship between possible object dimensions and distance to the microphone array 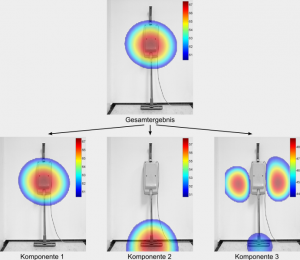 Like in an optical system, increasing the angle between object direction and the normal to the camera causes distortions of the object`s mapping. The same effect occurs in the case of mapping a sound field using a microphone array. In the acoustic far field the distortions can be neglected up to a maximum aperture angle of 60°. The larger the dimensions of the test object get, the greater the distance between microphone array and object has to be.

The measuring system AcoustiCam® is based on the robust beamforming algorithm. This algorithm allows acoustic investigations of test objects at great distance as well as in close proximity to the microphone array because the suggested maximum aperture angle increases with decreasing distance to the test object. The minimum distance that must be kept is approximately 25 cm.

Thus, smaller objects can be placed very close to the microphone array, larger objects require a greater distance. For the application of AcoustiCam® there are virtually no constraints regarding the dimensions of the object to be investigated.

The application of the measuring system automatically yields separate images of the different sound sources and their source mechanisms which determine the sound field. Thus, not only the main sound sources but also acoustically masked sound sources, which cause only a low sound pressure level, can be separately localized.

This requires neither the enclosure of single areas of the test object nor the execution of multiple measurements. Additionally, with the help of this technique the signal-to-noise ratio can be considerably improved. 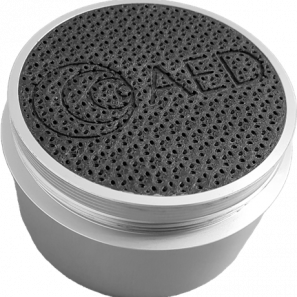 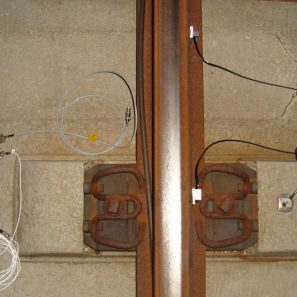 Structure-borne noise in machines and structures 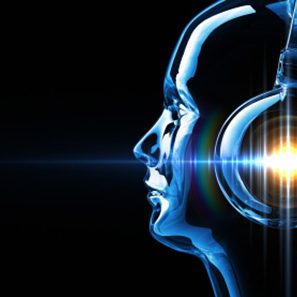 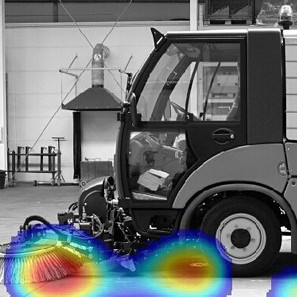 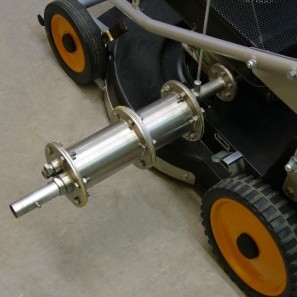