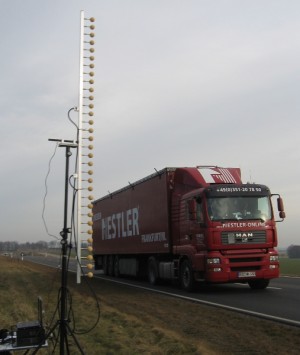 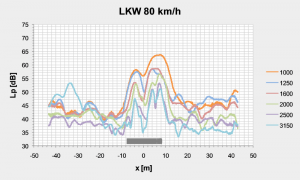 Localization result with horizontal line array at a truck for an horizontal sound incidence angle of 0°, speed 80 km/h, third octave band 1000 Hz up to 3150 Hz 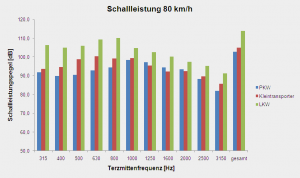 With respect to the localization of the vehicle passing by, the directional characteristic of the applied microphone array was optimized. Because the investigation only required the source localization in horizontal and vertical direction respectively, a one-dimensional line array was chosen. Therefore, compared to a two-dimensional microphone array with the same number of microphones, the spatial resolution and the side lobe suppression (SNR) are increased.

By application of the optimized microphone array, in-situ measurements were carried out at the traffic flow by controlled pass-by of various types of vehicles at selected constant speed. The horizontal directional characteristic of cars, vans and trucks was determined by localization of the passing vehicle with a horizontally aligned line array at different points in time and by modeling the traffic noise as a single point sound source.

The repeated pass-by of the vehicle at the same speed but changed height of a vertically aligned microphone array allowed the determination of the vertical directional charakteristic of the vehicles. For an approximation of the sound power, the standardized survey method using an enveloping measuring surface for stationary sound sources was adjusted to moving sound sources. 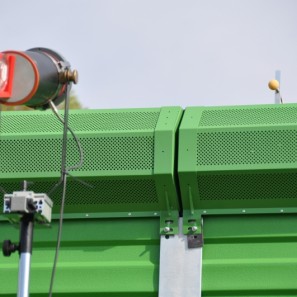 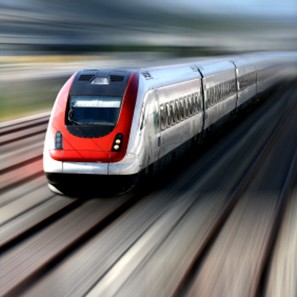 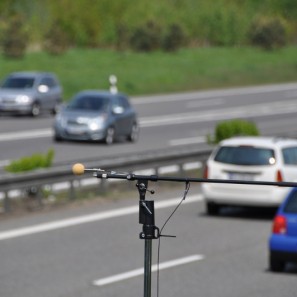 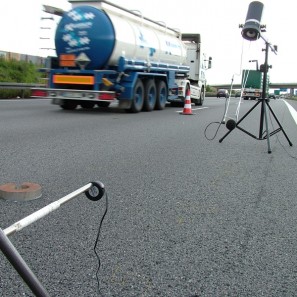 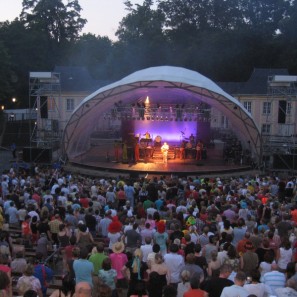 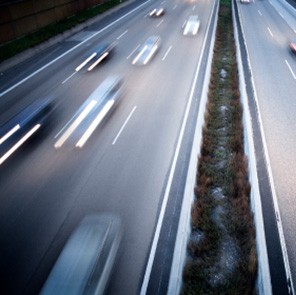